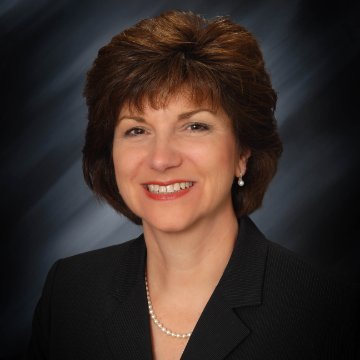 Dr. Barbara Jones assumed the duties and responsibilities of President of South Arkansas Community College August 1, 2009, becoming the institution’s fourth president.  Jones served as the dean of instruction at Louisiana Delta Community College in Monroe, LA, a position that she had held 2003-2009.

Prior to that, Jones was the division chair of allied health at Bossier Parish Community College in Bossier City, LA, in 1998-2003, and an instructor of allied health and life science at BPCC in 1991-2003.  She also had held other collegiate administrative-level positions, including the presidency of the National Network of Health-Career Programs in Two-Year Colleges in 2004-2006.

Jones is a 2004 graduate of the University of Nebraska-Lincoln, earning a doctorate in Administration, Curriculum, and Instruction with a specialization in Educational Leadership and Higher Education.  She is a 1992 graduate of Louisiana State University Health Science Center in Shreveport, LA, earning a master’s degree in health science; and a 1981 graduate of Northeast Louisiana University in Monroe earning a bachelor’s degree in medical technology.  She is registered as a medical technologist by the American Society of Clinical Pathologists. Her career as a medical technologist/ laboratory scientist began at Christus Schumpert Medical Center in Shreveport, Louisiana.  She worked as a laboratory scientist for 22 years in different hospitals and medical facilities.

Additionally, Jones has been involved with professional educational organizations such as the Southern Association of Colleges and Schools, Higher Learning Commission Peer Corps, Commission on Accreditation in Physical-Therapy Education, National Accrediting Agency for Clinical Laboratory Sciences, and American Association of Community Colleges. She has served on the American Association of Community Colleges (AACC) Board of Directors and various AACC commissions. She currently serves on numerous state and local boards – Chair of the Board of Presidents and Chancellors of the Arkansas Community Colleges, El Dorado Chamber of Commerce, Golden Triangle Economic Development Council, Area Health Education Center of South Arkansas, Fifty for the Future, Boy Scouts of America- DeSoto Council, and the praise band at her church.