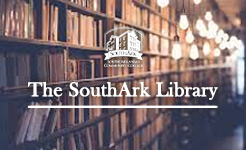 Trying to get a Shelf Life Column together is like being in the midst of a thunderstorm of ideas to me --swirling thoughts blowing everywhere and pooling up to a dangerous level in my mind. Eventually, the flood waters have to stop and be channeled into a flowing, orderly format that’s acceptable for the newspaper – it’s quite a struggle, for me at least. Poetry, however, is easier to handle. There may be a bewildering storm of emotions that needs to be written down immediately, but after that, the storm is over, because with free verse, almost anything goes. (Well, maybe with a little editing.) That’s the beauty of art. Anyone can create art like poetry, paintings, stories and other forms of art.

Arts in April is our theme this month, and it’s a busy, creative time here at the college with many art-related events planned, including a film festival. A book that’s perfect for movie fans is Conversations at the American Film Institute with The Great Moviemakers: The Next Generation - from the 1950s to Hollywood today by George Stevens, Jr. It includes interviews with directors, actors, and others working in films after the end of the big studio system – Charleton Heston, William Friedken, Morgan Freeman, Neil Simon, and many others.

Music fans have their icons as well, but one name you might not know was Hal Blaine, a studio musician for some of the most memorable songs of the 1960s and 70s, who died the day before this writing. Blaine was a part of “The Wrecking Crew”, a group of highly talented studio musicians of the era. The Crew included Arkansas’s own Glen Campbell. For a blast from the wayback machine of the greatest music from the past, read The Wrecking Crew: the Inside Story of Rock and Roll’s Best-Kept Secret by Kent Hartman.

Don’t know a Magritte from a Modigliani? Confused by cubism? Try …Isms: Understanding Modern Art by Sam Phillips, which is a guide for the perplexed. The many schools, movements and styles are explained in this easy-to-understand book about modern art of all kinds.

I had to check and see if this artist is in the last book and located him under “Interventionism and Street Art”, or you might say, graffiti. And who is Banksy? Best known as an anti-establishment stencil artist mocking society, Banksy’s recent works included one that shredded itself. Unfortunately, the mechanism behind that work is not explained in Banksy: You Are An Acceptable Level of Threat and If You Were Not You Would Know About It / compiled and edited by Gary Shove; words by Patrick Potter. The artist called Banksy is shaking things up in the art world today with works selling for as much as half a million dollars.

Another artist, working 500 years ago, has been shaking things up ever since he created The Last Supper, the Mona Lisa, and many other works of art. A creative genius, learned in anatomy, science and technology as well as art and sculpture is the subject of Leonardo da Vinci by Walter Isaacson. This in-depth biography includes the artist’s notebooks, sketches, and paintings which reveal how he connected his art to his science.

Wouldn’t it be nice if there was a science to producing a newspaper column, rather than just waiting on inspiration? But while I struggle with writing this column, imagine what a difficult time it is to write a memoir. Family secrets, your own painful past – do you really want to share them? Before writing a life story, you might want to read The Truth of Memoir: How to Write About Yourself and Others with Honesty, Emotion and Integrity by Kerry Cohen.

If you’re not a writer, how do you let your inner artist out? It’s easy – try crafting, sewing, writing, or just singing along with the radio. Among the many crafting books we have is Tie Dip Dye: Fashion and Lifestyle Projects To Hand-Dye in Your Own Kitchen by Pepa Martin and Karen Davis. Learn how to create unique, wearable items, or home décor that’s been colorfully dyed just the way you like it. That’s just one suggestion, we’ll be happy to recommend more. Just come by the SouthArk Library and visit with us – you don’t have to be a student to get a library card, just show your ID.

Until then, keep on reading and creating!