South Arkansas Community College offers over 40 degrees and certifications, with
smaller class sizes and faculty that are dedicated to student learning and your success.
APPLY NOW! 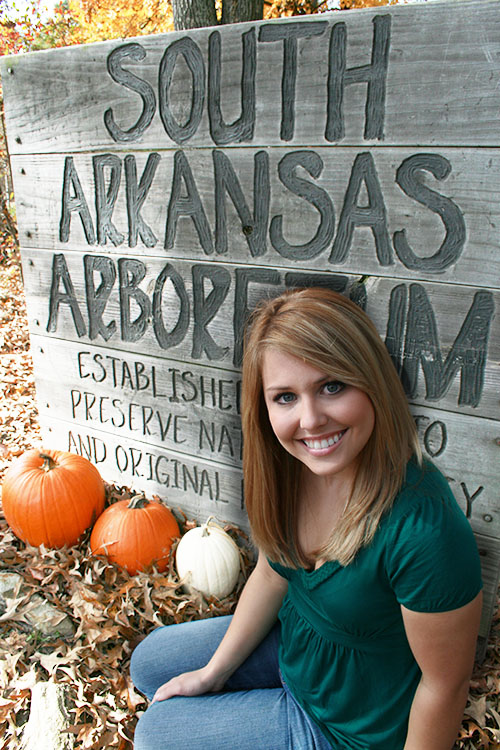 The purpose of the South Arkansas Arboretum, Arkansas's 50th state park, is to preserve the flora and fauna of the West Gulf Coastal Plain, the natural division covering most of southern Arkansas, and to serve as an educational and recreational resource for local residents and visitors. Operated by the South Arkansas Community College, the park is located in El Dorado on Timberlane Road one mile north of U.S. 82-B. For more information and to arrange guided tours led by knowledgeable botanists, phone (870) 862-8131, ext. 194 or visit the Website at: ww.ArkansasStateParks.com.

Beneath the forest canopy of the 13-acre South Arkansas Arboretum, runners and walkers frequently exercise on more than two miles of paved trails. Spring visitors take advantage of numerous benches along the routes to enjoy a show of azaleas and dogwoods in bloom, while birders and those simply seeking a little solitude make use of them year-round.

Opened in 1965 and tucked between a residential neighborhood and El Dorado High School, the arboretum is Arkansas's only natural state park located within a city. Besides its trails, the arboretum's other major facilities are limited to a pavilion with picnic tables, restrooms and a bulletin board. It has no on-site staff.

The late James Riley, a biology teacher at the high school, is credited with being the driving force behind the arboretum's creation. Land acquisition and early development were funded through federal education grants, since the primary intent was for the arboretum to serve as an educational resource for El Dorado schools.

Initial development included a perimeter fence, the trails, and the construction of several wooden bridges and two small retaining dams to create ponds. Though the rolling terrain of the property was intended to preserve vegetation native to the West Gulf Coastal Plain, flowering azaleas and camellias were imported to make the arboretum more attractive to casual visitors.

By the early 1990s, the arboretum had fallen on hard times. In 1994, the state legislature authorized an agreement placing the arboretum under the auspices of the state Department of Parks and Tourism, making it Arkansas's 50th state park. Ownership of the site remains, however, with El Dorado schools, and it is leased to and operated by the South Arkansas Community College.

Small signs identify many of the arboretum's trees, valuable to those seeking to improve their identification skills. Available for comparison, for example, are shortleaf and loblolly pines and southern and sweet bay magnolias. Among oak species on hand are water, post, southern red, white and overcup. Black gum, white ash, American sycamore, Carolina beech, American holly, black cherry and sugar maple are among many other trees at the park.

Limited numbers of wildflowers bloom from spring through fall, while the purple fruit of French mulberries, commonly known as "beauty berries," are abundant in autumn.

Birds seen year-round include those one would expect to find in an urban wooded area, such as northern cardinals, blue jays, Carolina wrens and chickadees, tufted titmouse, northern mockingbirds and American robins. Summer tanagers and Acadian and great-crested flycatchers have also been reported. And the arboretum hosts -- for a short time -- a variety of warblers during their spring migration.

The arboretum, located about a mile west of El Dorado's restored "oil boom" downtown, is open from 8:00 to 5:00 Monday - Saturday, and 9:00 - 5:00 on Sunday, except for designated holidays. During daylight savings hours are from 8:00 to 7:00 p.m. on Monday through Saturday, and 9:00 to 7:00 p.m. on Sundays.  Admission is free. The arboretum lies adjacent to the parking lot on north side of the old El Dorado High School, where ample parking is available for visitors.